Lose Your Way Has Lost Its Way

Click on this link. Take this journey with me to Lose Your Way Dot Net

A Puff of Vapour 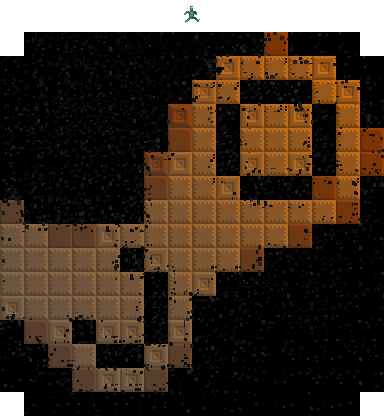 END_OF_DOCUMENT_TOKEN_TO_BE_REPLACED

REAL MAGIC: the System is the Setting.

Warning: a few too many words ahead.

When Fishbane was released on Newgrounds two years ago, a lot of people asked for a downloadable version. At the time, site-specific licensing complicated the issue. No longer! You can now download Fishbane for offline play, as part of a bundle of other (previously unreleased) games, headlined by the stellar Probability 0.

Besides two short new quests by Alex (Droqen) and I, three longer-form quests were contributed by three other local game devs. Each brought their own unique design-sense to the game, and have introduced fresh puzzles and novel environments to explore. END_OF_DOCUMENT_TOKEN_TO_BE_REPLACED

MOONDOLLARS AND THE STATE OF EARTH

HELLO ME DROQEN
ME MAKE GAME;
NOW, ME SELL GAME.

Money is a weird and enigmatic thing. It blurs the boundaries of value: I might part with five dollars for a pricey beverage (an extremely temporary thing – I could just as well be drinking water), but not five dollars for a game (an arguably permanent thing). I don’t like dealing in money.

I first started selling Probability 0 pre-orders at the price of $9 each, and I didn’t know what that meant. Everything I’d made up to this point had been distributed for the low, low price of TOTALLY FREE and I was okay with that. I sold a few games to sponsors, and I didn’t like playing the money dance so I tried to avoid it.

$9 is infinitely more than $0 in math terms as well as in ‘boundary to reach the game’ terms, because now you suddenly have to go through a whole weird process to send money over the internet to get my game! I don’t really like that at all!

Something I can handle is dropping to $5 from $9. People know things are worth money, but nobody agrees on the value of things. I can drop to $5 from $9 and understand this drop it to a lower caliber of spending. Those who would get it for $9 and be happy can only be happier to get that same thing for FIVE dollars, because they’re losing less MEANINGLESS NUMBER (except, well, money means a lot) for it.

1. People who would have bought it anyway are made happier by a price drop.

2. Those who calculate Probability 0’s worth as $5 – $9 will buy the game and not feel ripped off. (Whereas previous to the price drop this bracket of people would have not bought the game at all, or felt ripped off: both things I’d like to avoid.)

3. Those who calculate Probability 0’s worth at less than $5 will still either not buy the game, or feel ripped off.

Dealing with money is kind of annoying. I just want to make the maximum number of ‘good games’ and create joy through them! Is that so much to ask???
(& I can’t just get a job! That means making fewer games, or games of less quality! noooo)

I guess what I’m doing is reducing the potentially unreachable audience, and making happy part of the potentially unhappy audience. ‘Audience,’ as if I am somehow performing the act of ‘selling games’ on a stage. Good use of english, Droqen.

Probability 0 was the first game I finished — and I’m about to finish it again, except in Flash instead of Python. Also, it’s going to be about a million times better with: fewer bugs, more variety, and better balance. It’s well on its way and now I’m just trying to figure out what to do about this manual I’m creating for it — the game is done, but the physical manual isn’t. Should I wait to release them together?

Fishbane 2 is another serious thing I’m working on — and, ridiculously enough, it’s also a ‘new version’ of an old game. I made Fishbane shortly after the original Probability 0. It’s been hanging out on the back burner for a while; I’m excited to get to work on it again.

BLOCK FUCKER (working title) is the most absurd game of the bunch: it’s a ROGUELIKE MATCH-3 SOKOBAN… thing. It’s not yet fully realized but this is fun little prototype I’m keeping all to myself :)

I LOOK FORWARD TO THE FUTURE

… wow, check out that blue/green background that every one of those games has. coincidence? PROBABLY NOT

A Fresh, New Everything

It’s about time I had a brand new everything! Right? Right!

So, because I needed a brand new everything, I went and did that.

NEW BLOG! Check it out! Right here! Look at this new layout!

OLD GAME! … Oh! Okay, that’s still old. I’m still working on Probability 0, pretty much the first real game I released (which lots of people liked! yay!). But now it’s… in flash. And it’s way more amazing. Look out for it.

This is a hideous excuse for a blog post but whatever: I worked on writing a new about page instead. So… go check that out (‘Lose Your Way’ at the top).

Journey is not Gravity Bone

I played Journey yesterday (just about all of it) and it was great; while engaged, every single part of me enjoyed it. I won’t try to thoroughly explain what about its controls I loved, but its freeness all felt like a natural extension. You never run or jump; you fly or exploit the terrain, sliding through sand: down the far sides of dunes or with the wind at your back.

It is a bundle of even more beautiful things: END_OF_DOCUMENT_TOKEN_TO_BE_REPLACED

i am playing dark souls, by from software, on ps3. this is a good game. i was expecting it to be, as a successor to demons souls. i expected compelling, tense presentation as the skin on the bones of a tight, ascetic action game.

it has outstripped my expectations. of course, it is incrementally more honed than the previous game, and incrementally broader. in each amount though, it is somehow incomparably, indefinably more engrossing. this is it; the best videogame. the impossible balance of tradition and novelty, of familiarity and ingenuity, of lore and athleticism. so, good news! everyone else making games can give up. if a particular person is capable of deriving any joy from the product of 50 years of videogame development, they will find it abundant here.

so i told my girlfriend, this game. dark souls, wow. i mean i didn’t really have to tell her because, i’ve been playing it a lot. i sat down with her, turned on the sound system, off the lights, handed her the controller. i’d seen the beginning sequence for the third time now, i knew these moments, beats, spaces. i was excited! i was full of too much advice, chatty, ‘shh, let me play’. we sat in the glow as she progressed steadily through to the second boss. turned off the console, on the lights, finished for the evening.

she does not play a lot of videogames, does not have many modern points of comparison. the narrative is important. and it is not good enough. ‘where’s the motive, ‘go do this thing’. whatever, why should i, make me want to, make me feel it’. she went to bed, and i thought about exposition, about princesses, about ‘quest logs’ and magical gps maps, about so much bullshit. and then, dark souls. i feel it! it moves me! but, is it enough?

maybe mother 3 is the best videogame. no, another world. half life 2? maybe i’m not so sure.

An Experiment in Breathing

Games are rules which you follow voluntarily — or they were, before the advent of THE COMPUTERIZED GAMETECH EXPERIENCE.

Asphyx was designed to push a little at the barrier a lot of us have never really realized was there.

So give it a try. I set some rules into place: don’t breathe unless I tell you to. Of course, I don’t want you to die; if you do need to breathe, a painless keystroke sends you back to the last dry spot. It’s not my game, anymore: it’s yours. Cheat as you will — only you will have to live with that guilt for one thousand years.